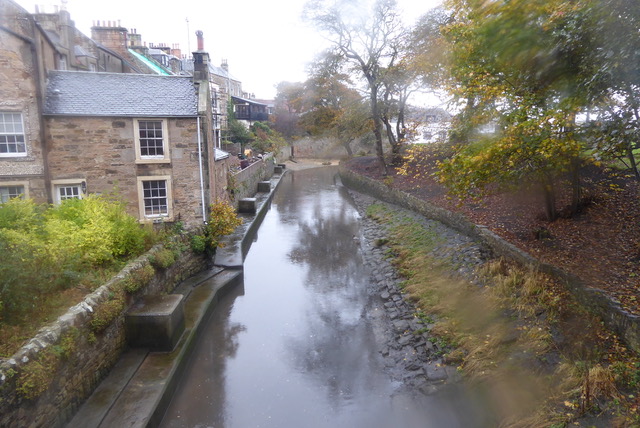 This very well-known stretch of the Fife Coastal Path is justly popular. In addition to the villages of Elie, St Monance, Pittenweem, Anstruther and Crail, each with their picturesque harbours, you will pass the remains of a number of castles, a fine dovecot, a windmill and numerous churches and caves. The views out to sea include the Bass Rock, North Berwick Law and May Island from all directions.  Both sections of the walk are  ‘easy’ although the section from Elie to Anstruther is longer. There are some stone steps up and down and some slippery rocky sections but nothing difficult or steep. At St Monansyou might like to take the ‘tidal route’ mainly because it is delightfully pastoral and makes a short change from the rocky shore. The section from Anstruther is shorter and flatter and you can actually look at the views rather than your feet!

To do this walk you need to plan your day around the No 95 Bus which runs around the coast. Unless you use the bus both ways, it is probably best to park in Crail (where there is ample free parking along Marketgate) and take the bus to Elie. The No. 95 is every hour (check the latest timetables) but there is a café by the bus stop in the High Street. It is a half hour journey to Elie.

Your walk begins in the High Street where you can pick up the Fife Coastal Path signs and almost any road will take you down top the sea and around the harbour to Ruby Bay car-park. There are toilets hear and you step out along the Way and on to a good track.

On the south of Shepherd’s Knowe is the Lady’s Chapel now in ruins. This Tower was built for Lady Jane Anstruther in the later part of the 18th century and was used by her as a bathing house.  She was a naturist and from this point she was able to enter the bay below without being seen by the local residents of Elie.

Regaining the path adjacent to the shore, (if you went to see the tower) the walk heads towards St Monans. On the way, the path passes two ruins, the first being very limited in height and is Ardross Castle, a 14th century building. This now has farm buildings next to the ruins and the path passes directly through some arches of the castle. The next ruin is Newark Castle, a significantly more visible and imposing ruin sitting above the cliff face. The path leaves the shoreline and climbs up to the ruin and the adjacent round tower. This castle was built in the 15th century for the Sandilands Family.

Just opposite the castle, there is a signpost offering an inland path if the tide is in. Obviously, you should take this if necessary. However, the inland route is very attractive, not much further, and offers a pastoral view for a change. It also gives a fine view of St Monans’ Church. If you take this route don’t go down to where the shore track comes up (you’ll only have to climb back up again) but stick to the village road above Partan Craig and the Harbour. St Monans is thought to be one of the more traditional fishing villages of Fife.  It is easy to get lost at the end of the harbour. Turn left (there is a sign on a metal post) and then right along Rose Street (again, there is a sign on a metal post.) There are toilets in St Monans further up the hill but come back to Rose Street to continue.

The way takes you past St Monans Windmill: this was used in the past to pump seawater into the salt pans which are very obvious along the shore line.

The next community on the route is Pittenweem, only a mile further along the coast. If you feel you are making progress you might stop to look at the 17th century home of Captain James Cook, known as the Gyles, and/or St Fillan’s Cave with its earlier Christian connections. This can be found up a narrow alley directly opposite the harbour. There are toilets on the way in to Pittenweem.

From Pittenweem the path has a further two miles before it enters Anstruther. This section starts at a slightly higher level along the edge of fields before dropping down to the shore. It then runs parallel to the Anstruther Golf Course entering from the west close to the club house. The route reaches the main road. The road to the right beside the church looks tempting but you can’t get across the river. You have to follow the main road through Anstruther. When you hit St Andrews Road  turn down right to the harbour area which, although one of the more commercially active ports, is still very picturesque. There are many pleasure craft in the marina and a number of shops. The toilets are down in the harbour. If you are stopping here, you have time to get the traditional fish ‘n chips, or a snack before exploring Anstruther (lighthouse, life-boat museum (free), the well-known Scottish Fisheries Museum (charge) or the few shops. If the weather happened to dry up it would be very pleasant simply to sit at the harbour or explore Cellardyke, with its quaint houses and streets. Anstruther is made up of three communities, Anstruther Wester, Anstruther Easter and Cellardyke, all at one time having their own active harbours. You can stop here and get the bus back to Elie or on to Crail.

To continue on the Coastal Path, leave by the side of the Museum and take the road to a “T” junction. Instead of following the road to the left we continue on the narrow road straight ahead passing a lot of interesting traditional terraced fishing houses on either side. This shortly opens out at Cellardyke harbour. Straight ahead is a caravan park, Kilrenny Mill, on the left. The good track goes straight across between the caravans and the sea. There are wonderful views across to the Isle of May. The route is now by a mixture of track, path and open field as it heads for over three miles towards Crail. The way is obvious and easy to walk. About half way there are the Caiplie Caves. These were formed in post-glacial times but the importance are the carvings that Monks and pilgrims made on the caves as they travelled towards St Andrews. The path climbs up beside the harbour to the main road. Don’t follow the path back down to the cliffs but make your way along the main road to The Golf Hotel (recommended for a meal), past the library and straight along Marketgate where you should find your car.

One thought on “The Fife Coastal Path: Elie to Crail”