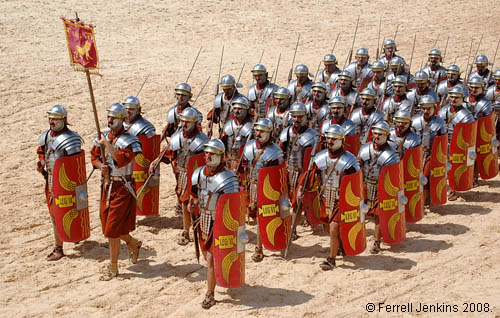 Starting Point:
The starting point is at OS Reference NS 720 767 which is the rear car park at the Boathouse Restaurant.

Take the path up behind the toilets and go through a gate onto the road.  Turn right to cross the bridge and take the path down to the canal on the right.  At the canal turn right to go under the bridge.  Follow the canal path and at Twechar turn left over the canal and follow the road up hill.  Just past the war memorial turn left (signed Barhill Fort/Antonine Wall /John Muir Way) where a track goes uphill.  Keep right where it forks and turn left at the kissing gate (with John Muir Way sign).  Pass through the next gate and head diagonally uphill to reach the remains of Bar Hill Roman Fort.   The fort garrisoned about 500 men, and is located slightly south of the Antonine Wall (built c140 AD).

After exploring the fort continue ENE (from the top of the fort), to pick up a grassy path that soon climbs to the top of Castle Hill.  This is the site of an iron-age fort.  Continue on the grassy path, which curves slightly right, to join the edge of the ditch of the Antonine Wall which was built by the Romans as a northern replacement of Hadrian’s Wall.  Passing an area of forestry on the right, continue until a stone wall (with a sign about the wall) and turn right.  Shortly after turn left along a track.  At a gate continue ahead and, likewise, at a later junction.

Anyone wanting a shorter walk can take either the marked footpath to Auchinstarry, or continue to the road ahead (B802) and walk back via the pavement.

At the B802, cross the road and go through a kissing gate (adjacent to a tree) and follow the path straight ahead.  Turn right at a fenced enclosure, following a surfaced track for a short distance, then turn left after a gate signed Croy Hill.  Continue ahead to reach a path and then another gate marked Croy Hill.  Continue on the grassy path that follows the line of the Antonine Wall.  The ditch is prominent on your left and in parts was cut through solid rock.  Keep left when the path forks and climb a mound formed from material dug from the ditch.  The remains of the fort are not obvious but the two nearby platforms may have been used for signalling.  Carry on along the path on top of the ridge, from which there are excellent views, and then straight ahead crossing a path (the site of the fort itself was just to the right) towards a marker post.  Next, pass a ground-level information board about Croy Hill.  The site has been excavated twice and found to comprise two forts (one superseding the other as the plans for the Wall changed during the two years of construction) and a bath house just outside one of the forts.  Remains of a civilian settlement in Roman times has also been found.  It was probably established to trade food and services with the Roman soldiers.

Continue downhill, passing under the electricity lines and turn left onto a path signed for Castlecary.  Ignore the next turn right, signed for Castlecary, and instead go past the picnic benches to take the next path on the right which heads downhill through trees (with views of the canal) to emerge on a minor road.  Turn left and cross the canal, then turn left onto the canal towpath.  At Auchinstarry cross the road bridge back over the canal to return to the cars.