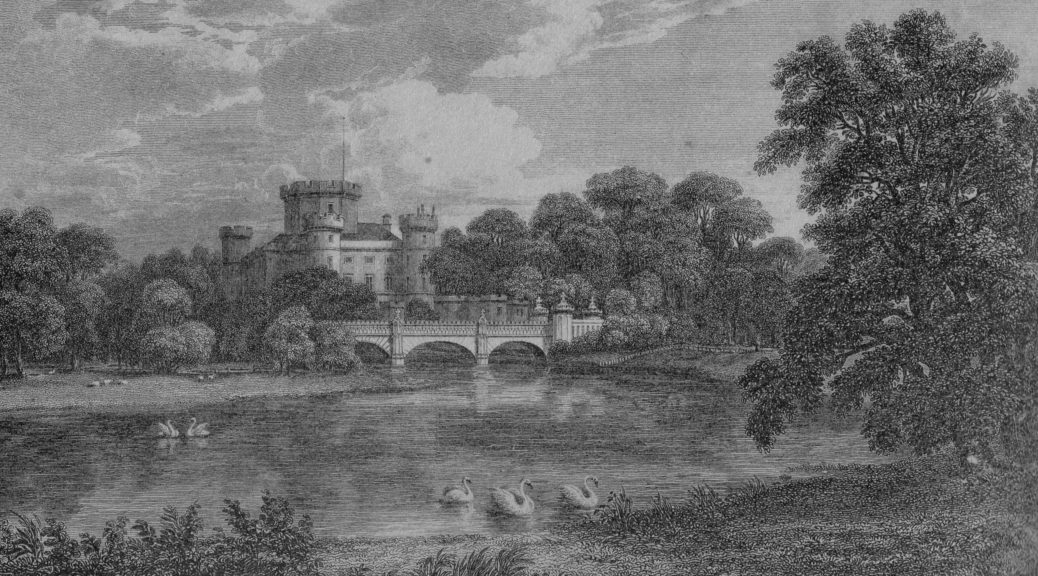 Starting in Eglinton Country Park the walk passes the ruins of Eglinton Castle and follows the Lugton Water to join the River Garnock.  The route follows part of the Ayrshire Coastal Path and passes the Garnock Floods Wildlife Reserve before entering an area which formed part of the dynamite factory that employed, at its peak, about 13,000 people and had its own railway station.  Leaving the derelict factory site the path does a circuit of Bogside Racecourse (1808-1965), now a Site of Special Scientific Interest (SSSI), and exits the SSSI through Irvine Golf Course and passes the site of the Cadgers Race Course (1793).

Getting there: 30 miles/60 minutes
Take your favourite route out of Glasgow onto M8 west towards Greenock.  Exit M8 at Junction 28A onto A737 (Irvine). Continue through Kilwinning towards Irvine.  As the road rises to cross the A78 watch out for signs to Eglinton Country Park and turn left at the traffic lights – signedCountry Park/Ayr.  After 100m turn right into the Country Park.  At the end of the entrance road pass the first car park on the right and continue onwards a turning area and turn left through the ‘entrance gates’ and continue to a larger tarmac parking area.  Parking is free.  There are toilets and a café near the Information Centre.  Alternatively, use M77 (Kilmarnock); A71 (Irvine); at Warrix Interchange A78 (Kilwinning,  keep to nearside lane.  Exit at Eglinton Interchange A737 (Irvine), keep to right-hand lane (A737 Dalry). Exit onto A737 signed to Eglinton Country Park. 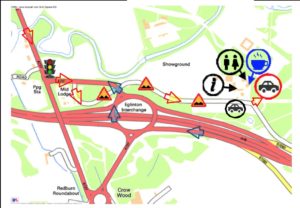 The Walk:  10.0 miles– Can be wet and muddy at times (Route can be shortened if required)
From car park head northeast toward the ruins of Eglinton Castle.  Cross the Lugton Water (metal bridge) and turn left along a track.  At the (white) Tournament Bridge turn left over it and immediately right to follow the south bank of Lugton Water.  Re-cross Lugton Water by the stone bridge onto a tarmac road and follow until it joins the main road (A737).  Take the protected street path to the right and cross the road at the pedestrian crossing. Turn left and after 25m turn right into Woodmill.  At the T junction turn right then at the end of the cul-du-sac bear left onto a path between two houses.  Turn left at the joining of paths and cross the River Garnock.  Turn left onto National Cycle Route 7.  The path follows the river then swings right and goes through a tunnel under the A78 emerging on a slightly rising path to join a minor road (B779).

Turn left and after crossing the Nethermains Bridge bear right onto the Ayrshire Coastal Path (ACP) which parallels the B779.  Continue on the ACP past the Garnock Floods Wildlife Reserve until the Recycling Centre.  Continue on the ACP, and after 25m take a grass track to the right that follows the boundary fence of the Recycling Centre.  Bear left as the track swings away from the Centre and take the small tunnel under the railway.  Follow the obvious track until it joins an elevated path at a line of trees.  Turn right and follow this raised pathway until it emerges into a field.  Bear right and follow the obvious grass track through the open fence. Towards the bottom of the field turn right through another open fence into the environs of the old Nobel dynamite site.  Turn right after 10m and follow the tarmac path to the end and turn left.  Follow this path until it turns right and just before it appears to be a dead end turn left along a grass path with the River Garnock on the right.  The path emerges through a boundary fence by a bridge over the river (which is blocked on the far side).  Turn left and follow the roadway until it bends left and at this point turn off right through a sandy area and pick up an obvious track through scrubland.  Turn right when the path meets another path in woodland and follow this path, which becomes straight, until it swings left and right again to emerge at the north end of the disused Bogside Race course.

After 50m bear right and follow the grass path in an anti-clockwise direction around the old Bogside Race Course, part of the Bogside Flats SSSI.  Keep to the outer path where there is a choice. After completing three-quarters of the course exit right and join a tarmac drive across part of the golf course. Take the road over the railway bridge and pass Towns Moor (previously Irvine Race Course) and at the junction with the B779, turn right.  At the next junction, by the school, cross the main road and head eastwards along Redburn Place, Hunter Drive and Dickson Drive and turn left through a parking area just before the Redburn Community Centre.  Exit onto the pathway, cross the road (Castlepark Circle), and turn left. At the Castlepark Community Centre turn right and follow the path through their car park which exits on the north side of the adjacent Primary School.  Take the path to the right of the flood basin and continue northeast. At a Y junction take the path on the right across more open space.  With houses on the left cross to a parallel path on the right and follow this as it swings left and right between houses.  It emerges at a bus stop.  Turn right, then cross the road, take the elevated walkway across the A78 and turn left on the other side.  Follow the path (which parallels the A78) until a tunnel under the B7080.  The path leads into the Country Park.  Turn right for 100m and then turn left up a broad grassy avenue to the viewpoint at the top.  Descend to the left and back to the car park.